Inmates were once forced to mine this limestone quarry.

Rummu’s underwater prison is located in northwestern Estonia. Rummu is a small town in Estonia and had a nearby limestone quarry which was founded on in 1938 along with a prison (think free labor). 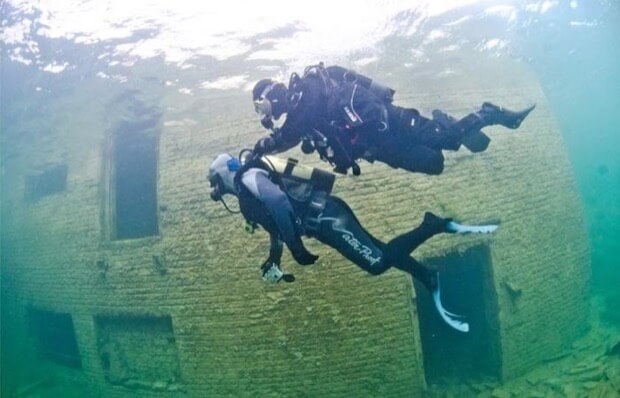 In 1991 when the Soviet Union collapsed, Estonia again gained it’s independence and limestone mining was ended, Soon enough the quarry became a “quarry lake” (faster than many assumed) thus resulting the flooding of buildings within the former soviet prison compound and even some machinery.

CHECK OUT THE INCREDIBLE VIDEO ON THE NEXT PAGE!