Natalia Molchanova is a name that rings throughout the diving community.

At the age of 53, she held 41 world records in free diving. Last August, the daredevil diver decided to dive deep into the depths of the Mediterranean Sea near Formentera’s La Savina port,which would have taken her 115 feet deep. Sadly, Natalia never surfaced and is now presumed dead.

Freediving is as rewarding as it is risky. However, more and more divers are getting into it. In fact, Time reports that the sport has since gained 20,000 more practitioners.

Freediving doesn’t come without health repercussions. A study conducted by the University of Bonn recently presented their findings at the Radiological Society of North America’s annual meeting.

The study involved 17 elite divers between the ages of 23 and 58. Each underwent cardiac MRI and MRI of the carotid arteries before, during and after a maximum breath hold. The average time lasted at five minutes while others were able to hold their breaths for eight minutes.

“Prolonged apnea leads to the so-called ‘diving response,’ which included lower heart rate, less blood pumped and contraction of blood vessels in the legs and arms,” said Jonas Doerner, the radiology resident at the Univ. Hospital of Cologne. This “can burden the heart and lead to significant changes in circulation.”

It also showed a marked shift of blood flow to the brain intended to protect it from the lack of oxygen, which led to the enlargement of the heart.

“The more blood there is in the brain, the longer the brain can tolerate hypoxia,” said Lars Eichhorn, who was involved in the study.

The enlarged heart then begins to lose its function since it struggled to pump against the blood vessels’ high resistance. However, divers are able to overcome it upn breathing again.

Surprisingly, the study revealed commonalities between divers and those who suffered from sleep apnea. Moving forward, divers may be used as models for future sleep apnea research. 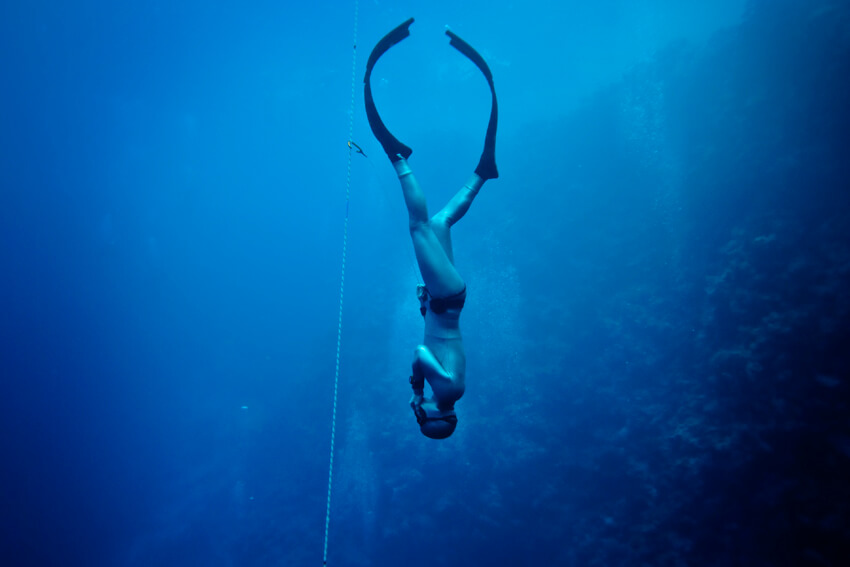