The world is home to countless breathtaking dive spots.

There’s the Blue Corner Wall in Micronesia, the Great Barrier Reef in Australia and Coron Island in Palawan, Philippines. There’s more than enough to make every diver quit their job and just explore the vast oceans until retirement day.

However, there are also places that you wouldn’t even dare to dive in. There’s the Blue Hole in Dahab and the Temple of Doom in Mexico then there are these places that are just downright a big “nope” in our books. 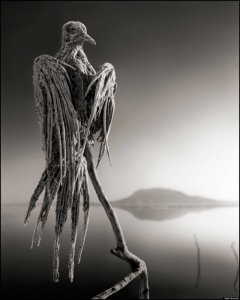 This place isn’t called Lake Medusa for nothing. It literally turns every animal that has tasted its waters to stone. Plenty of photographs show these animals frozen in time, their bodies burned inside out. No thanks to the water’s high alkaline content, just imagine what that would do to your scuba gear.

Hot springs are mesmerizing. There’s something about its warm waters and the mist rising off it that can attract anyone to dive in. However, you may want to reconsider in Yellowstone’s Hot Springs. Its boiling point is off the charts that it can literally melt nails in seconds. We highly suggest you admire it, but only from a distance.

If you think Chernobyl is the worst place in Russia, think again. Lake Karachay is two and a half times more radioactive compared to the infamous town. In fact, the government of Russia has dumped nearly 120 million curies of radioactive waste into the lake. That makes it impossible to dive and thrive in. It’s located in the western Russia near the border of Kazakhstan but you wouldn’t even think of going there, would you?